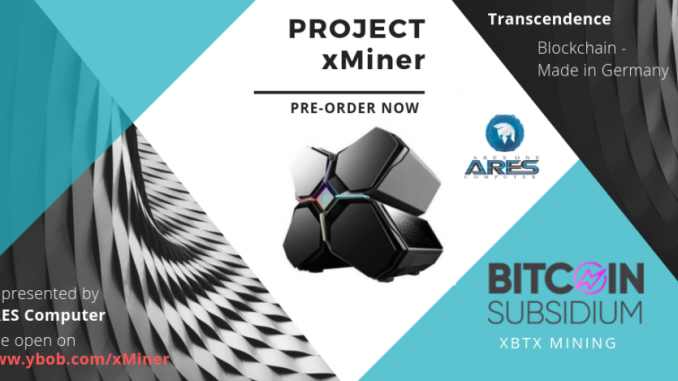 Since the occurrence of Bitcoin and other cryptocurrencies, one of the biggest questions has been how to maximize the power of processors (and / or graphics chips) to mine cryptocurrencies. Considering that initially it was possible to mine Bitcoin on any PC, and now it is only possible with the help of strong ASIC miner machines connected to pools, we can conclude that the value by which the weight of cryptocurrency mining is measured (Hashrate ) is growing steadily as the currency is increasingly being mined up. Due to this, the construction of stronger, more powerful machines and chips specially designed for mining is required. This inevitably leads to an increase in the cost of mining devices themselves, their huge consumption of electricity, the production of high CO2 emissions, etc. …

More recently, blockchain projects have recognized the difficulty of all the problems Bitcoin had on the subject of mining, and directed to different approaches and solutions. For example, instead of strong ASIC mining chips, it is possible to use only CPU, but only for certain cryptocurrencies whose values ​​are such to ensure efficient utilization of the CPU for the benefit of the network itself and the miners.

When we say Transcendence blockchain we first think of TELOS (Teloscoin), which is Proof Of Stake — Masternode coin, more than a year old and recognized in many markets. But Transcendence also has Proof Of Work coin — Bitcoin Subsidium XBTX, which is currently being mined exclusively with the help of BLUEBOX devices (https://blueboxing.net), can be traded on the BIRAKE exchange.

We have to mention that Transcendence is directed to CPU / GPU mining and the devices you can find in their offer are not ASIC.

It is planned that XBTX can be mined on a few other devices, such as BLUEPHONE, GREENBOX, xMINER, which will be discussed the most.

ARES xMINER is designed as a high-performance device capable of performing various complex operations such as calculating complicated mathematical tasks, which is the essence of cryptocurrency mining. Not only that, xMINER is designed to serve as a PC, all in one.

We emphasize that there is no known device designed to be capable of everyday use (computer) while mines cryptocurrency in the background. All this set up by users in terms of resource utilization.

xMINER has a huge processor, 32 cores (2 threads per core) and has 128 GB of RAM. For all those who already own a BLUEBOX device, by comparison, one xMINER replaces as many as 320 Bluebox devices in terms of power and performance.

Its power consumption will depend mostly on the Network hash rate, but according to Transcendence CEO — Pascal Papara, it will not exceed 200W in “driving style mode”, ie when the device is not overloaded, and it will be possible to turn on the GPU when the consumption is maximal. 550W.

Bluepool is the name for a mining pool that will integrate devices such as xMINER and Bluebox (later others). xMINER will be ready to mine in the pool, the user only has to start it. Transcendence will also provide support via Teamviewer if needed.

ARES Computer and YourBrainOnBlockchain provide high quality and secure Masternode & Mining Services. They can be run at Your Home or in our Mining Facilities in Germany as a Hosting Service.

We recommend that you first read the Project xMINER PDF to learn more:
https://yourbrainonblockchain.com/wp-content/uploads/2019/10/Project-xMiner-1.pdf

For information on pricing and bidding types, visit:
https://yourbrainonblockchain.com/xminer/

As in the case of Bluebox, xMINER can also be sent to your home address for use at home, in which case the user has full control over the device and 100% rewards. On the other hand, it is possible to order the device through collocation and in that case the user get 20% fewer prizes, but they (prizes) will go back to Bluepool and will be evenly distributed among the “members” equally.